Throughout the history of our young nation, we have seen our military go bravely into battle, armed with courage and willing to make the ultimate sacrifice. Salute the ones who died, that ones that give their lives so we don’t have to sacrifice all the things we love. So we are going to aware all you of such a tower of sacrifice which is called as ‘Balidan Stambh’.

The Balidan Stambh is the biggest war memorial of India. It’s the memorial of the war fought against China& Pakistan from 1947 to 1948, Kargil war from 1990 to 1999. The war memorial (Amar Jot) is on the name of brave heroes (Hindus, Muslims, Sikh & Isai) who laid their supreme sacrifice for the safety of the country and the country men. It was established in the year 2005 and was inaugurated in the year 2009 by honorable CM ‘Umar Abdullah’, ‘Faruq Abdullah’ & ‘Gen. Vij’.

‘Balidan Stambh’ means ‘Tower of Sacrifice’. It was constructed in 2008 in memory of Defence, PMF and Police personnel who sacrificed their lives for the nation on the soil of Jammu & Kashmir. The memorial comprises of a soaring 60m high tower which symbolizes a bayoneted rifle. At the base of the tower is an internal flame, a timeless commemoration of the supreme sacrifice made by our brave martyrs.

The memorial tower is surrounded by three layers of water, each at a different level signifying the gradual alleviation of grief of the near and dear ones of the martyrs. As a befitting backdrop to the majestic tower, is an immaculate black granite wall on which the history of each of the wars fought in Jammu & Kashmir since independence is engraved.

A necklace of memorial pillars adorns the front of the memorial tower. On these the names of our brave martyrs are engraved. Sprawling lush green contoured lawns accentuate tranquil ambience. The murals of Param Veer Chakra & Ashoka Chakra awardees have been made and installed on the inscription wall.

‘Balidan Stambh’ is thus, the most suitable tribute to the tremendous contribution and selfless sacrifice of our fallen war heroes from a grateful nation. Sheikh Mohammad Aslam (Superintendent of police & operation officer) of ‘Balidan Stambh’ in Jammu used to take care of everything there that no one can break the rules and must follow the instructions given by them.

How to get there or Location of the Tower of sacrifice: Balidan Stambh in Jammu

Public transport is available but as they move according to their respective routes. So to reach there by public transport you have to catch mini bus which leads to Bahu Fort. For those who got their own vehicle can go with ease.


Best Time to visit there

Probably the best time to visit there is after sunset. Evening is the only time when you will get the patriotic songs around the place and also you will get to see the beautiful fountains over there.

Gallery of Tower of sacrifice: Balidan Stambh in Jammu

Must Visit Place We Suggest

Don’t forget to visit this place. If there is a patriotic spirit within you, you will definitely love this ‘Tower of Sacrifice’. Don’t forget to share your experience with us. We would love to hear from you in the comment section below. Stay tuned!

“Our flag does not fly because the wind moves it.
It flies with the last breath of each soldier who died protecting it”
~ TourmyJ&K

2 thoughts on “Tower of sacrifice: Balidan Stambh in Jammu” 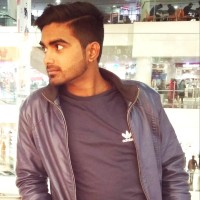